“What will become of the children? One of the oldest, most stressful, and, perhaps, oddest questions we ask ourselves as we already know the answer: they will love and be loved, they will suffer, they will struggle, and we will struggle with them. Simultaneously, we will endure all the complications: pregnancy as unlimited potential, pregnancy as ten months of a biological parasite, children wanted but impossible to have; children, abortions, and conception as symbolism for something new and something lost.” —Lead Editor Micah Killjoy

We are grateful to be coming together again at Massy Arts Society after two years of virtual events, and to welcome guests and readers both virtually and in-person in a hybrid fashion. Please note that the Zoom event will be recorded.

This event will take place on the unceded traditional territories of the xʷməθkʷəy̓əm (Musqueam), Sḵwx̱wú7mesh (Squamish), and səlilwətaɬ (Tsleil-Waututh) Nations. We are thankful to be living, creating, and gathering on this land.

Registration is sliding scale, open to all, and required for entrance. Massy Arts Society is wheelchair accessible and a gender-neutral washroom is on-site. Please refrain from wearing scents or heavy perfumes. For more on accessibility including parking, seating, venue measurements and floor plan, and more, please visit: massyarts.com/accessibility.

Masks keep our community safe and are mandatory with some exceptions for speakers (N95 masks are recommended as they offer the best protection). If you do not bring your own, one will be provided to you. We ask if you are showing symptoms, that you stay home. Thank you kindly.

Captions will be enabled for the virtual event.

Devon Borkowski is a writer, artist, and actor from the New Jersey Pine Barrens. She is also a proud member of the Rappahannock Powhatan tribe of Virginia. Devon graduated from Rutgers New Brunswick class of 2022, with a BFA in Visual Arts, concentrating in painting. Since then she has enjoyed the opportunity to guest lecture at VCU, about the arts as they relate to her Indigenous heritage. Her poetry and short stories have appeared in The Dillydoun Reveiw, The Closed Eye Open, and Rockvale Review, in addition to Room.

Hana Mason grew up in Calgary, Alberta and moved to Victoria in 2016, where she received her Bachelor of Fine Arts in Writing from the University of Victoria and is currently working towards her MFA. While at UVic, she served as Managing Editor and later Editor-in-Chief of This Side of West. Her fiction and poetry have been published in various literary magazines, including Little Fiction, Riddle Fence, Carousel, carte blanche, and untethered, where she is now a first-reader. Her work focuses on complicated relationship dynamics, desire, self-discovery, and sense of place. When she isn’t writing, you can find her trying to teach herself guitar, reading her friends’ tarot or contemplating getting another coffee. Find her at @hanamasonwrites on twitter and @hanaom_ on instagram.

Aila Omar is a writer living in Edmonton, Canada. She enjoys reading and writing stories that dig deep and leave us thinking about the characters and their voices long after turning the last page. Her short story ‘Missing Teeth’ was short-listed for the 2021 PEN Canada New Voices Award. Her poetry has been published in various Canadian anthologies, most recently in The Quarantine Review. She is an alumnus of the Banff Centre for the Arts, is a member of The Creative Academy for Writers, and she attends SiWC every year. She is currently working on a literary speculative fiction novel. Find her at IslaWriter on Twitter and Instagram.

Suzanne Manizza Roszak is an assistant professor of English at the University of Groningen in the north of the Netherlands, where she teaches literature and creative writing. Suzanne studied at UC Irvine for her MFA and spent several years as an adjunct lecturer at Los Angeles-area colleges and universities before moving with her family to Groningen. Her creative nonfiction, fiction, and poetry have appeared in Bellingham Review, Colorado Review, The Journal, Ninth Letter, Poetry Northwest, South Dakota Review, and elsewhere. Her first book of poems, Ghost Family, is forthcoming from Contraband Books, and her second won the Lauria/Frasca Poetry Prize from Bordighera Press. She serves as a reader for CutBank and an editorial assistant for Seneca Review.

Jacqueline Trieber Willcocks is a writer and poet originally from Calgary AB. She is a graduate of The Writers Studio certification program at Simon Fraser University mentored by Joanne Arnott and completed their graduate program under mentor Aislinn Hunter. Her poems have appeared in Room Magazine, Line and Lens and Emerge 19. A former dancer and current Somatic Healer and yoga teacher she makes her home with husband and two children on the traditional, ancestral and unceded territory of the Coast Salish peoples in K’omoks on Vancouver Island.

Lisa LaRose is a pop surrealist painter, illustrator, and comics artist residing in Vancouver, Canada. She is best known for her paintings: Bizarre and Colourful artworks. She creates lively and exciting colour palettes and is always making something a little weird. 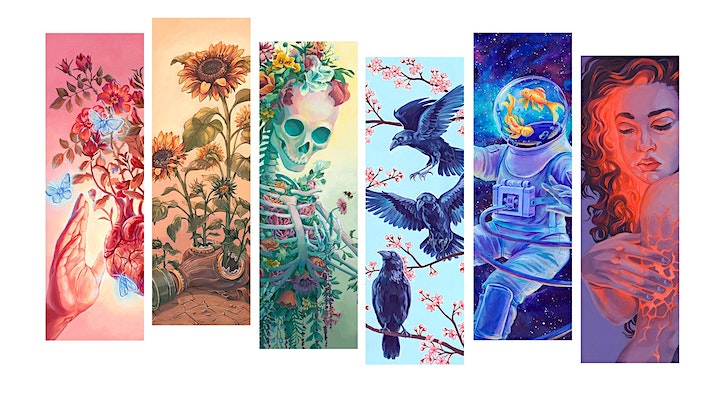 Otilia Sabina is a visual artist and designer born in Bucharest, Romania and raised on the unceded, ancestral, and occupied, traditional lands of the xʷməθkʷəy̓ əm, Skwxwú7mesh, and Səl̓ ílwətaʔ Nations of the Coast Salish peoples, also known as Vancouver. She graduated with a BFA from Emily Carr University of Art + Design in 2013. 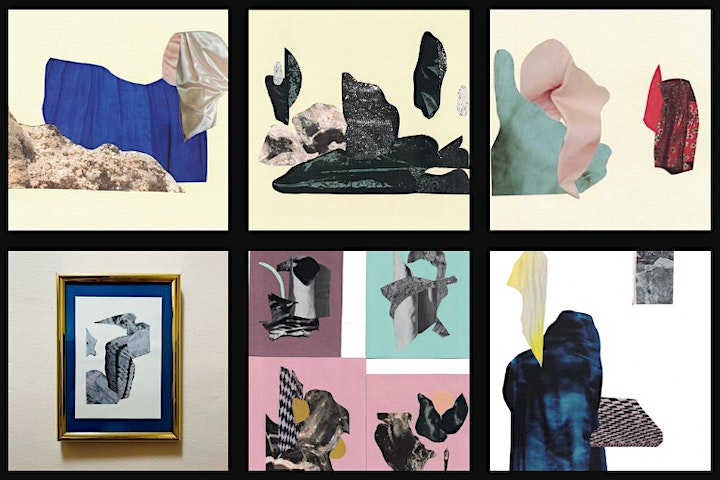 Micah Killjoy was born and raised on coastal Salish land. They are a writer, editor, and BFA student at the University of British Columbia. They enjoy urban exploration, daydreaming, doggo walks, and solarpunk aesthetics.

Nara Monteiro (she/they) is a writer, editor, and nerd born in São Paulo, Brazil and raised on Treaty 13 land in Toronto. Nara is the Publisher at Room, as well as a Master of Publishing student at Simon Fraser University and a first reader for Augur . In their spare time, you can find them curled up with a book or sending snail mail. Keep in touch @notesfromnara on Twitter and Instagram.

Get your ticket at Evenbrite